10 CUSTOMER TYPES TO FEAR AND LOVE

You know them. You fear them. You love them. Now learn to deal with them: The Haggler, The Worry Wart, The Expert, The Evangelist and more are customers who can either help or hurt your business.

When Alicia Aeziman opened her dog grooming business Alicia’s Grooming in Longboat Key, Fla. nearly five years ago, many people who came into her shop bypassed the brochure containing prices for services, heading straight to the bargaining. “They told what they paid a previous groomer and, because I was newly opened and wanted customers, I capitulated,” says Aeziman.

The following year, she affixed a 6-foot by 5-foot fee schedule to the wall. It’s still up, but some potential clients still ignore the numbers. Now, however, when they tell her about cheaper prices elsewhere, Aeziman has a stock response: “That’s a great price, I’d stick with that groomer.” She added, “When new customers realize I won’t match prices, they typically stop fighting me on it.” 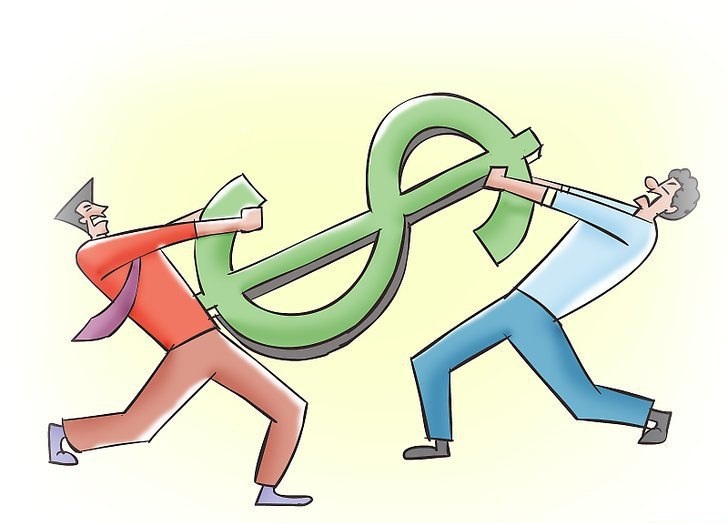 Most customers like to think of themselves as clever enough to maintain and even make small repairs to appliances or other electronic equipment. It’s tough when their modest expertise takes them only so far, especially when it comes to computers.

“We’ve had our share of the self-proclaimed computer geeks, who are not as geeky as they think,” says Joe Silverman, owner and CEO of New York Computer Help, a computer consultancy in New York City that specializes in computer repairs and outsourced IT services to companies.

Working with these customers is a time-consuming proposition. “They want their computers fixed, but take an inordinate amount of time to tell you how they first troubleshot their machines,” he says. “There are also the people who have tried to build their computers from scratch and they typically bring in a dozen custom parts, wanting to know where they went wrong.”

Patience helps these clients learn to trust the service person. “We want our customer service to be tops and so it’s tough to cut these clients off when they’re so earnest,” says Silverman. “Helping them out makes them see we know what we’re doing, so they return.”

For most customers, dropping off an item for repair or service — whether it’s clothing, a computer or a car — means they are one step closer to solving a problem. But when owners refuse to leave while the item is serviced, it can be a nuisance, or worse, for the service person.

“One of my customers begged me to allow her to stay during grooming sessions for her dog, but after a few times it became unbearable," says Aeziman, owner of Alicia’s Grooming, a dog-grooming business. When the dog’s owner is present, the animal becomes distracted, which can easily add 30 minutes — for which she’s not compensated — to a two-hour session.

Aeziman’s solution: An across-the-board ban on human guests in the grooming area.

Most business owners have consumer hotlines for speedy resolution of customer concerns. For some customers, this is an invitation to call and discuss their own theories on how a product should work or offer alternative solutions, and to use hotlines as a free consultation service.

Teajai Stradley, owner of Internet Marketing Ideas That Work, an Internet consulting company in Wichita, Kan., found that her customer service line was often clogged by a few customers who called repeatedly.

Stradley says this behavior is common among clients who tend to be micromanagers. The solution, she says, is to explain to clients what types of calls are appropriate during off hours, and what matters need to be discussed in regular consultation sessions. "It's all a matter of building up trust with the client, while maintaining good customer relations."

Bill Arning, owner of Arning Lawns, a lawn-maintenance company in Friendswood, Texas, went paperless four years ago, but some old-school customers just won’t deviate from snail mail. “A small number of our older customers don’t have e-mail addresses,” says Arning. “They assume getting bills in the mail is the norm and that electronic billing is optional.”

Because it takes more time to print out and mail paper statements, he decided on a financial solution. On his website, which lists his fees, he notes that rates apply to customers who are billed electronically. "There's no mystery to it," says Arning, adding that when new customers call, they already know the arrangement. His fee-based tactic does not work on every new client, however. "Some would rather pay an additional 20 percent to receive their bills in the mail," he says. 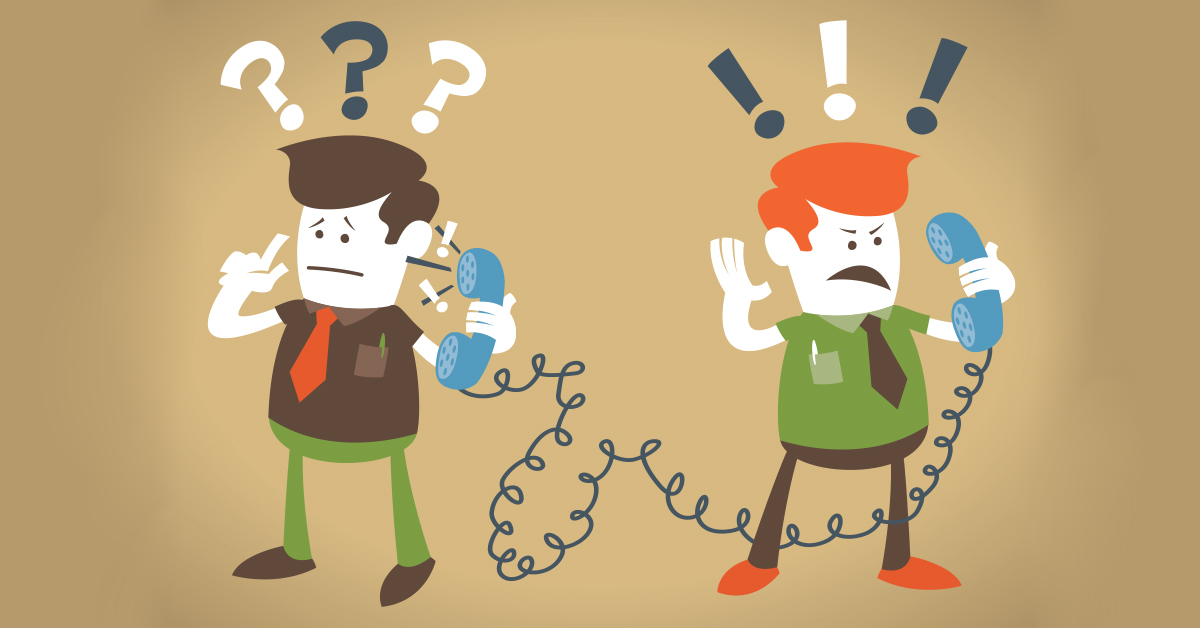 Some clients tear out of the gate like thoroughbreds, eager to commission a project and get it done. And then, nothing.

Diaz attributes the sudden shift in customers’ attitudes to not realizing how much work they have to put into a project. “Often we help the client refocus the project into a more manageable size and make room for a weekly phone call so the client will feel more confident and in control,” she says.

For some consumers, buying goods and services is a true act of social engagement. That desire for human contact is even more profound when individuals buy online. For those new to Internet shopping, the need-for-nurture is even greater.

“These digital dabblers still want and need human interaction,” says Marcy Roth, owner of accessoryartists.com, an Internet shopping destination for fashion, fine and vintage jewelry in New York City. One fledgling digital shopper saw a picture of a pair of earrings Roth was selling, wanted a more detailed image, and contacted Roth, who sent one off by snail mail.

Roth says many of her customers, who are often older than the typical online shopper, want to chat on the phone or at least have email communication. They’re often appreciative. One sent Roth a handwritten note, sharing information about her life and thanking her for taking the extra time.

“Spending time with them helps develop a two-way trust,” she says. “My core goal is to create a personalized experience online, as if you are walking into a boutique." 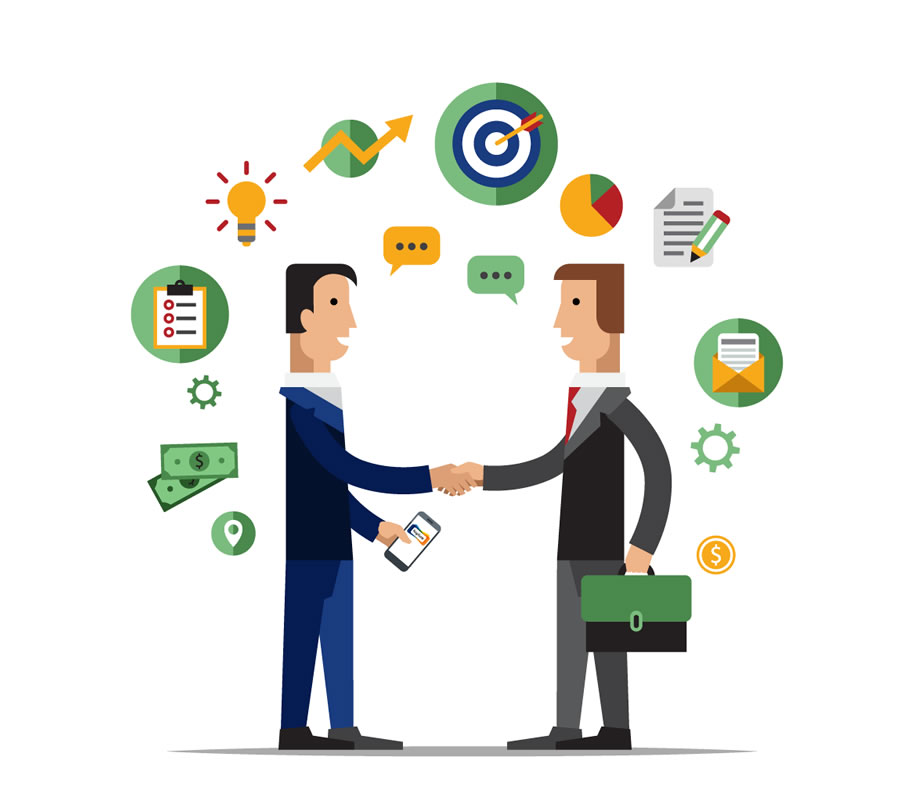 Business owners aim for dynamic interaction with their customers. But the wind can quickly go out of their sails when a client is fearful of engaging with the product or services a business offers. These permission seekers — doubtful of their ability to use a product properly — need a lot of hand-holding.

“We’ve had our share of the IT ‘scaredy-cats,’” says Silverman.

“These are the brand-spanking new computer beginners who call up for approval before they make any click,” he says. “Or, if they get a strange pop-up from a program, they’ll ask for our authority to click yes for an upgrade or update.”

“Although we want to make our customers confident in using computers, there’s a fine line between giving them one-time advice and constant free support,” says Silverman. “We usually use the five-minute rule to point them in the right direction. After that, we give them our rates, which typically results in new business.”

The rejectionist’s mantra: “That will never work.”

Customers are typically desperate for new ideas and strategies to boost their bottom line, and know they have to make changes in how they do business. “However, when presented with new strategy, they toss out excuses, even after I’ve given examples of other clients who’ve had success using these same methods,” says Diaz. “Their negative response suggests that these clients do not trust my ideas and expertise.”

Diaz’s solution to these stalemates is telling the client that they’d have to move forward on certain projects or she’d ask them to take their business to another agency. “After receiving this ultimatum, they chose to stay,” she says.

Sometimes, your clients can be your biggest fans.

“Evangelists are a company’s best sales force,” says Patty Briguglio, owner of MMI Public Relations in Raleigh, N.C. “It allows a business to work off referrals and cuts down marketing time.” She’s lucky to have one such client who, at a lunch meeting, introduced her to a potential new client and described how her expertise improved his business, as well as the businesses of other companies he knew in the area.

“It’s worthwhile for small businesses to help instill a referral mentality in their best clients,” says Briguglio. “A reward, such as a $100 gift certificate to a restaurant, goes a long way. And many times, appreciative customers are only too happy to help you out with future business.”