The chief executive role is a tough one to fill. From 2000 to 2013, about a quarter of the CEO departures in the Fortune 500 were involuntary, according to the Conference Board. The fallout from these dismissals can be staggering: Forced turnover at the top costs shareholders an estimated $112 billion in lost market value annually, a 2014 PwC study of the world’s 2,500 largest companies showed. These figures are discouraging any directors who are want to advance to senior leadership positions.

Clearly, many otherwise capable leaders and boards are getting something wrong. The question is, what?

In the more than two decades we’ve spent advising boards, investors, and chief executives themselves on CEO transitions, we have seen a fundamental disconnect between what boards think makes for an ideal CEO and what actually leads to high performance. We realized a fundamental gap between what the board of directors thought, and practice to train an ideal CEO.

That realization led us to embark on a 10-year study “the CEO Genome Project” with more than 17,000 assessments of C-suite executives, including 2,000 CEOs. Its goal is to identify the specific attributes that differentiate high-performing CEOs (whom we define as executives meeting or exceeding expectations in the role, according to interviews with board members and majority investors deeply familiar with the CEOs’ performance).

We also found that when boards focus on those behaviors in their selection and development processes, they significantly increase their chances of hiring the right CEO:

1. Deciding with speed and conviction.

Legends about CEOs who always seem to know exactly how to steer their companies to wild success seem to abound in business. But we discovered that high-performing CEOs do not necessarily stand out for making great decisions all the time; rather, they stand out for being more decisive. They make decisions earlier, faster, and with greater conviction. They do so consistently—even amid ambiguity, with incomplete information, and in unfamiliar domains. In our data, people who were described as “decisive” were 12 times more likely to be high-performing CEOs.

High-performing CEOs understand that a wrong decision is often better than no decision at all. As former Greyhound CEO Stephen Gorman, who led the bus operator through a turnaround, told us, “A bad decision was better than a lack of direction. Most decisions can be undone, but you have to learn to move with the right amount of speed.”

And if decisions don’t turn out well? Our analysis suggests that while every CEO makes mistakes, most of them are not lethal. We found that among CEOs who were fired over issues related to decision making, only one-third lost their jobs because they’d made bad calls; the rest were ousted for being indecisive. 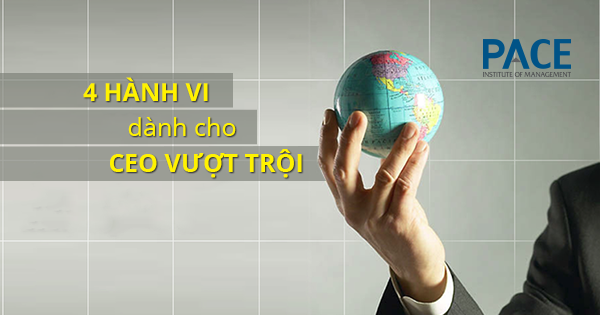 Once CEOs set a clear course for the business, they must get buy-in from their employees and other stakeholders. We found that strong performers balance keen insight into their stakeholders’ priorities with an unrelenting focus on delivering business results. They start by developing an astute understanding of their stakeholders’ needs and motivations and then get people on board by driving for performance and aligning them around the goal of value creation. In our data, CEOs who deftly engaged stakeholders with this results orientation were 75% more successful in the role.

CEOs who excel at bringing others along plan and execute disciplined communications and influencing strategies. “With any big decision, I create a stakeholder map of the key people who need to be on board,” explains Madeline Bell, CEO of Children’s Hospital of Philadelphia. “I identify the detractors and their concerns, and then I think about how I can take the energy that they might put into resistance and channel it into something positive. I make it clear to people that they’re important to the process and they’ll be part of a win. But at the end of the day, you have to be clear that you’re making the call and you expect them on board.”

When interacting with stakeholders, CEOs like Bell are acutely aware of how their moods and body language can affect the impact of their communications. Though much has been written about “emotional contagion,” new CEOs are often surprised by the unintended damage that can be caused by a stray word or gesture. “Every comment and facial expression you make will be read and magnified 10 times by the organization,” says Kaufman. “If you grimace during someone’s presentation because of your bad back, the person making the presentation thinks they’ve been fired”.

Composure is a job requirement, and more than three-quarters of the strong CEO candidates in our sample demonstrated calm under pressure. When tackling contentious issues, leaders who are good at engagement give everyone a voice but not a vote. They listen and solicit views but do not default to consensus-driven decision making.

For evidence of how important it is for businesses and leaders to adjust to a rapidly changing environment, we need to look no further than the aftermath of Brexit and the recent U.S. presidential election. Our analysis shows that CEOs who excel at adapting are 6.7 times more likely to succeed. CEOs themselves told us over and over that this skill was critical. When asked what differentiates effective CEOs, Dominic Barton, global managing partner of McKinsey & Company, immediately offered: “It’s dealing with situations that are not in the playbook. As a CEO you are constantly faced with situations where a playbook simply cannot exist. You’d better be ready to adapt”.

Most CEOs know they have to divide their attention among short-, medium-, and long-term perspectives, but the adaptable CEOs spent significantly more of their time—as much as 50%—thinking about the long term. Other executives, by contrast, devoted an average of 30% of their time to long-term thinking. We believe a long-term focus helps because it makes CEOs more likely to pick up on early signals. Highly adaptable CEOs regularly plug into broad information flows: They scan wide networks and diverse sources of data, finding relevance in information that may at first seem unrelated to their businesses. As a result, they sense change earlier and make strategic moves to take advantage of it.

Actually can say, the ability to generate reliable results is the strongest factor in four important acts of the CEO. According to the study, the CEO candidates with high scores for reliability, the chance of being selected twice as high and the chances of success in that position 15 times. The board and investors love a firm stance and employee confidence in a consistent leader.

Leaders ignore the importance of reliability at their peril. Simon—a high-potential executive we were asked to coach—was known as a miracle worker at his company. In a culture where the exceeding plan by 2% was seen as a win, he had just delivered 150% of his revenue target. While he’d had some misses in the past, he was now successfully running the company’s largest business unit—its crown jewel. When Simon threw his hat into the ring for a promotion to CEO, the directors were impressed with his recent exceptional performance, but they didn’t fully understand how he’d achieved it, and as a result, they doubted it was replicable. So the board opted instead for a “safer” candidate who was known for delivering steady, predictable results year after year.

Our data support the paramount importance of reliability. A stunning 94% of the strong CEO candidates we analyzed scored high on consistently following through on their commitments.

A key practice here is setting realistic expectations up front. In their first weeks on the job reliable CEOs resist the temptation to jump into execution mode. They dig into budgets and plans and engage with board members, employees, and customers to understand expectations. At the same time, they rapidly assess the business to develop their own point of view on what’s realistic and work to align expectations with that.

To be clear, there’s no perfect mix of the four behaviors that work for every CEO position. The industry and the company context determine which behaviors and skills are most important in any particular situation. A CEO in a rapidly evolving industry—for example, technology—will surely need to excel in adapting proactively, but that behavior may matter less in stable sectors.

Although there is no "approach fits with everyone", but focus on 4 essential behavior will improve both possibilities for true CEO of a Management Board-and the ability to become an outstanding CEO.