DIFFERENCES BETWEEN CEOS FROM OTHER EXECUTIVES?

When talking to the position Chief Executive Officer/CEO, we all know the stereotypes: Great CEOs are extroverted.

But are these stereotypes true? Which traits actually differentiate CEOs from other executives? And, most important, which attributes separate successful CEOs from other CEOs?

There is a great deal of conjecture and mythology about CEOs and the attributes that define their success. So what should companies look for when they hire a new CEO?

In today’s rapidly changing markets, with digital disruption looming over every business, this question has never been more important. Russell Reynolds Associates have collaborated with Hogan Assessment Systems make a research effort to find out the truth. We seek answers to the question:

The results show that these factors include: intensity work, know arrange priorities and focus on the nature of the problem, have the ability to "know what do not know" (and make the best use of what others know) that are closely related to the success of CEOs.

Our analysis revealed that CEOs differ meaningfully from the overall executive population across many personality attributes. Two traits in particular stand out: an ability to embrace appropriate risks and a bias toward acting and capitalizing on opportunities. We consider these traits the “essence” of the CEO personality. In other words, a CEO is significantly less cautious and more likely to take action when compared to other senior executives.

In addition, six other traits differentiate the typical CEO from other executives on a statistically significant basis:

When compared the results of the best-performing CEOs to those of their less successful peers, we found that best-in-class CEOs stand out in 3 ways:

They show a greater sense of purpose and mission, and demonstrate passion and desire to conquer.

These traits often manifest themselves as intensity, impatience, and an eagerness to move forward as well as a strong sense of ownership and immersion in activities.

Researchers at McKinsey recently published related observations pertaining to new CEOs. In short, they asserted that the worst thing new CEOs can do is “sit on their hands.” The best-performing CEOs “move boldly and swiftly to transform their companies.” We don’t advocate decisions and actions that are overly spontaneous or impulsive, but we do value efficiency and speed in analyses and when acting on strategy. 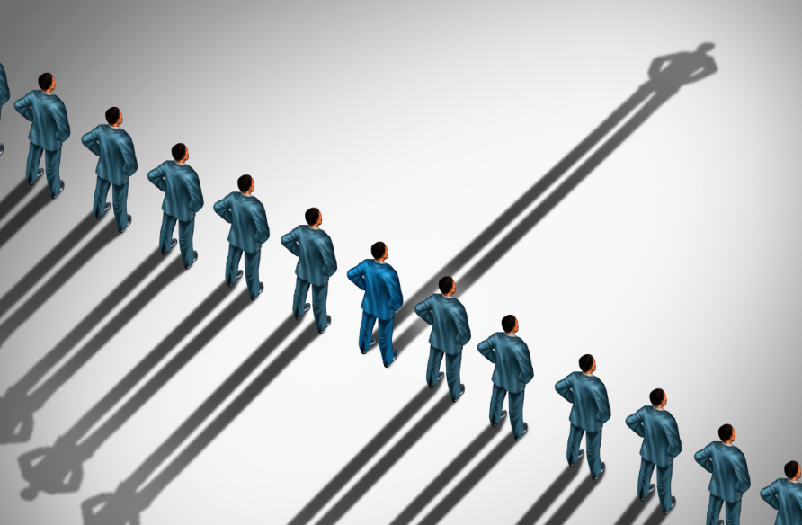 They value substance and going straight to the core of the issue.

They have an ability to rise above the details and understand the larger picture and context. They have a keen sense of priorities as they think and act. We summarize this as an ability to “separate the signal from the noise.” Great CEOs have a “nose” for what are the most significant issues, challenges, threats, and opportunities facing an organization. While they draw on myriad inputs and discussions, their views about prioritization are clear and often quite independent.

In a conversation with Ram Charan several years ago, in the context of the retail industry is growing strongly, the workforce quite complex making it difficult for many CEOs. In the era of the game almost takes place on the global internet, CEOs need to think about the needs of the client, the circulation of goods, the provisions on exchange rates to determine what issues are influence the business though is the smallest.

They have a greater focus on the organization, outcomes and results, and others than on themselves

They “know what they don’t know” and have an ability to be open-minded, seek additional information, and actively learn. This notion of a relatively modest CEO is counterintuitive for many. At the same time, there has been a good deal of writing about the usefulness of humility in CEOs. Our finding is data-based evidence that the Level 5 CEOs described in Jim Collins’s book Good to Great — leaders who are “a study in duality: modest and willful, shy and fearless” — can be related to desirable organizational results.

Warren Buffett is a wonderful example of how this set of traits can play out in a leader: Despite overseeing what could be considered one of the most successful companies ever founded, Buffett estimates that he spends 80% of his day learning in an effort to understand businesses, markets, and opportunities.

In short, that great CEOs need to have the capacity to act boldly in difficult and uncertain situations; to be able to develop and articulate a strong point of view; and to be highly determined.

No successful CEO would act alone. In every case, boards will have a broad set of business conditions to assess before determining their target.

Some companies may require a true extrovert — someone willing to trumpet the company’s successes through constant and varied social gatherings.

But remember, besides, have a more calm approach from the leaders calmly. Their appearance cannot too noisy and sometimes they also actively avoid the crowd in the market.

In general, at the top of the list should always be the ability to embrace effective and appropriate risks and the ability to act on opportunities in high stakes situations — especially when the “right” action is not initially clear. These are the headlining traits that separate CEOs from other senior executives.