By Dom PriceWork (is now the head of R&D and resident work futurist at Atlassian Software) said: “Every article you've ever read about managers vs. leaders bagged on managers while praising leaders. (Yes? Thought so.) There may come a time when managers are obsolete, but for now, these are both valuable roles--they're just different”.

You can see this play out in the military. Granted, the military is not where I usually look for examples of leadership that will not only prepare us for the future of work but still be relevant when that future arrives. But credit where credit is due. They've nailed it with the concept of "command intent."

It's a surprisingly simple idea. The commander (i.e., CEO) describes what success will look like. With the end goal clearly defined, soldiers on down the ranks can make fast decisions in their local environment.

It's efficient, it's effective, and it mirrors the needs of fast-moving companies in today's competitive landscape. Like the military, growing companies have mid-level managers who need to make mid-level decisions quickly as their teams execute against the top brass' vision.

Is that really so terrible? No. Here's why. 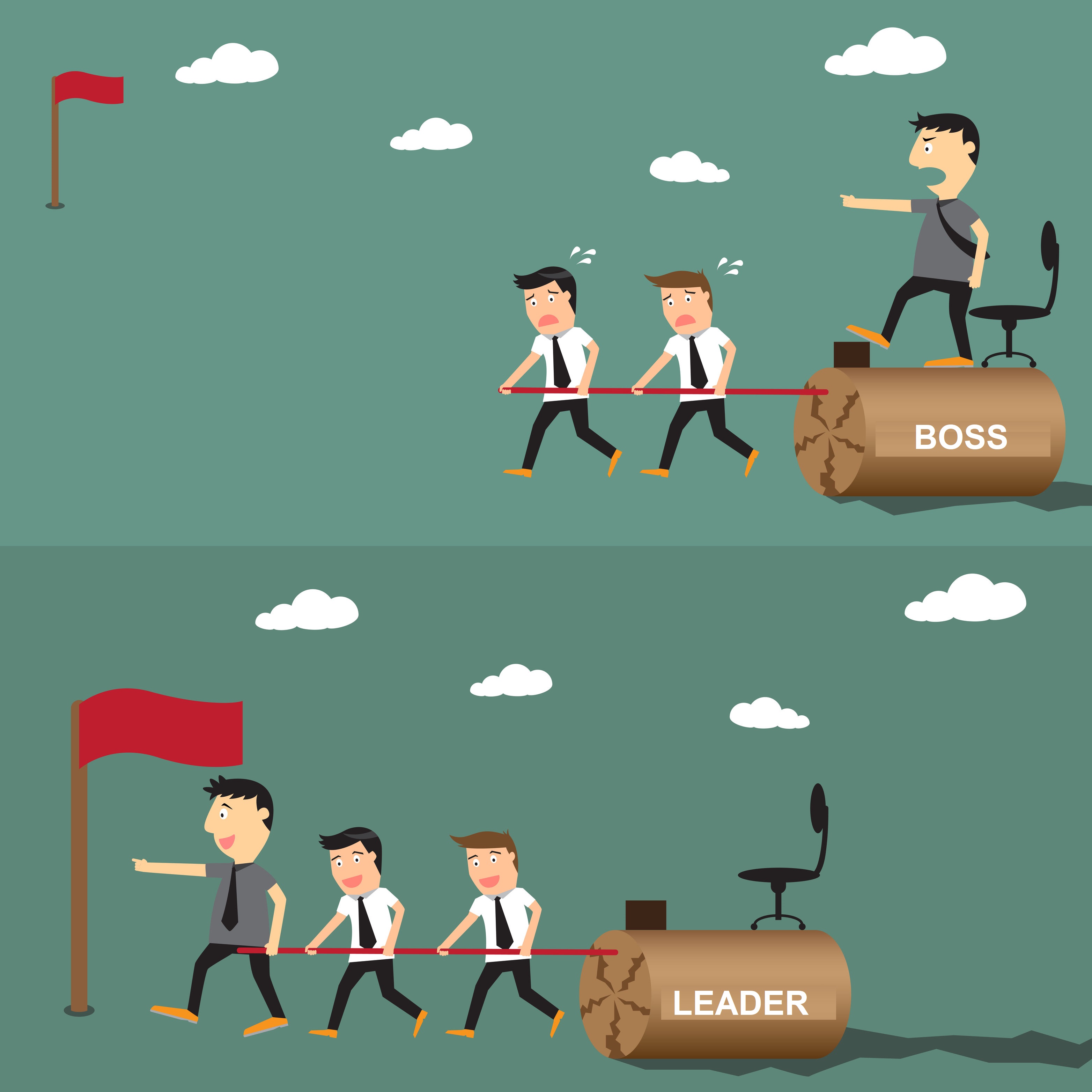 Managers are not leaders, but leaders might still need to manage

Steven Covey, author of 7 Habits of Highly Effective People, has an analogy for the difference between leaders and managers. Imagine you're part of a group trekking through the jungle. A leader is your scout. They're up in the treetops, looking to see what's coming next and relaying that intelligence back down to the group.

Leaders prepare people for change. They leave aside nitty-gritty operational control and instead take in the big picture. How do they find the time? They empower their people to make the day-to-day decisions--that's where command intent comes in.

Meanwhile, a manager is the person at the back of the group sharpening tools and making sure rations are appropriated correctly. They're relaying information up to the leader, communicating what the group will need to make it across that next river.

How to be a leader (if you're not already)

Everyone accepts that delegating tasks is the key to being an effective manager. But if you want to be an effective leader, you need to delegate authority.

Giving others the decision-making power they'd normally expect you to carry helps them stretch themselves and practice adapting to new situations. If you've embraced the concept of command intent, you can delegate authority and still sleep well at night, knowing your people are equipped to make the right trade-offs.

And when you have a moment to come down from the treetops and pitch in with the grunt work, do it. Sharpen a few tools. You can't prepare people for change if you don't have a strong sense of empathy for them and the work they do. Besides, a demonstrated willingness to get down and dirty builds trust.

Here are 10 ways managers build trust with their teams from Atlassian:

1. Pick up a few tasks from the backlog when you have a quiet week.

3. Set up your desk next to your team members' and be active in day-to-day conversations.

4. Close your laptop during 1-on-1s and as many other meeting as possible.

5. When you disagree with a decision, let your team know why - and that you'll rally behind it nonetheless.

6. When someone is interrupted in a meeting, make sure they get a chance to finish before moving on.

7. Make feedback as specific and immediate as possible.

8. Give people problems to solve instead of teasks to complete.

9. Set goals for the team as a whole, and let them figure out how to get there.