THE RISE OF THE CHIEF PRODUCTION OFFICER

In an industry that is constantly evolving, the expertise of quality, production rates are gradually more important next to the campaigns, the business strategy. Today many businesses gradually realize the need of production management role as well as who will be responsible for manufacturing operations take place in the right plan. The CPO will undertake the task based on the current production capacity of the company and its partners in the supply chain, satisfy the requirements for the quality of the product. Managing all direct labor, the relevant departments to comply with the requirements of production.

CPO position is quite important as always to support businesses in the tasks related to the supply of products, or the prognosis of potential marketing landscape.

Matt Drew, heading Production and Operations at The Talent Business, talks to Ogilvy's CPO Clare Donald about why agencies are creating the new senior role for production heads.

Ten months ago as part of their new leadership team, Ogilvy hired Clare Donald from Google as Chief Production Officer. Their CEO Charlie Rudd said: “This step comes from the response to customer concerns about the company's production management”. In addition, the case of Adam&eveDDB is also testament to the importance of today's CPO, through the promotion of Anthony Falco is a production manager, and also the brightest candidates for successor generations of this organization. Or as Olivia Chalk - executive producer of the Town Productions (joint venture between Gray London and WPP, Hogarth Worldwide), evidencing the selected her as favorable conditions to create the products included in the core production for globally, as well as creation of own production model for each customer segment.

Previously, outsourcing production to external vendors was convenient and provided the necessary craft to create campaigns. However, with the increasing amount of work and complexity with large production needs that make this production becomes more acute. The focus in most of the agencies still working more on solutions rather than the proposed strategy. Therefore, mandatory bodies should possess a high level managers can plan to maintain strong competitive prestige businesses in the country and internationally.

Ogilvy’s CPO Clare Donald feels that: “The agency’s recent success has been about empowering a department, now more relevant and needed than it’s ever been. I am proud to say that today's CPO position is very important. It's about putting the producers up to a new platform”. Clare agrees that there’s no doubt that while Ogilvy, Grey and A&E DDB are larger scale operations, are good businesses and larger, all in part thanks to the CPO. 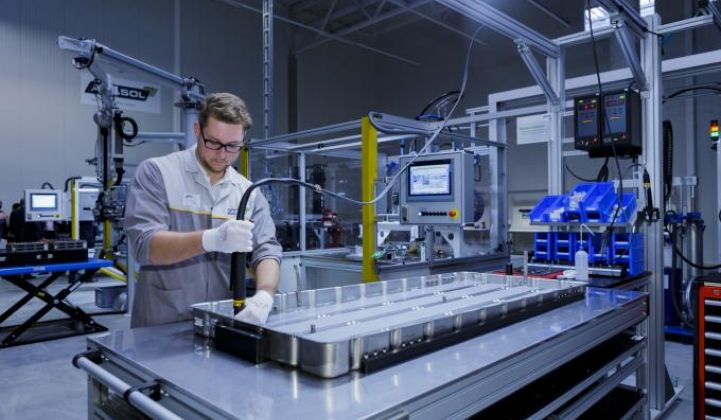 When production is becoming increasingly complex supported though much about technology or the media, but still needs "revolution" big change for production. Because in today's real state shows that the first study. No less an executive producer despite many work experience are still not taking this role, rather not do their proper titles. When incidents occur in the production process in a repetitive that cannot be resolved, including whether enterprises subject to change or continue to occur this situation?

CPO has long been the position often overlooked or not considered important. By bringing CPO in leadership, will help businesses better thinking process and will have the advantage compared to competitors. Because this will connect with the business strategy in the future very well not only that also brings clear commercial benefits.

Creating a CPO role will empower and motivate a production department with a clear pathway to the leadership team. Producers must leverage their ambition and aspiration, and maybe one day a creative agency will have their first producer CEO.