Not long ago, my friend Bryan quit his corporate job working as a technical writer for a Fortune 500 company in order to do something new.

On his last day, everyone in the office expressed a mix of envy and surprise. They couldn’t believe he was leaving, that he was making such a big jump. But the truth is Bryan had been planning this moment for 10 years.

Take a long, hard look at many of the business books on your shelf, listen to a self-help guru wax nostalgic on her own career story, or visit with an old college friend who’s done really well for himself, and you’ll likely hear the same phrase over and over: “I took the leap.”

This is the phrase we love to repeat when talking about big success. It’s a tale of risk and reward, one we hear constantly from the mouths of wealthy entrepreneurs, big-name movie stars, and successful artists. But it’s a lie.

I was recently asked on a podcast how I became a full-time writer. The host wanted to know what my big break was.

“There wasn’t one,” I said, “no big thing. Just a bunch of small things over time.” For the longest time, this embarrassed me. I had no Jerry Maguire moment, no dramatic declaration to the world that changed everything. But once I started looking more honestly at success, I realized how the slow-and-steady strategy might be more the norm than we realize.

“I had no Jerry Maguire moment, no dramatic declaration to the world that changed everything.”

In 1975, Bill Gates founded Microsoft. But it wasn’t until six years later that he landed a contract with IBM. Then, it took another five years after that for the company to go public, making Gates a multimillionaire, resulting in his so-called “overnight success.”

For Steve Jobs, it took even longer. With Steve Wozniak, he started Apple Computer in 1976 but didn’t make a splash until 1984, with the release of the Macintosh. Then there was his eventual ousting and comeback — all before his business became the global giant it is today.

A third well-known tech history, just for good measure: Google founders Larry Page and Sergey Brin found success slow in coming, too. They started the company in 1996, and it wasn’t until eight years later that their search engine beat past competitors, leading Google to finally go public with a market capitalization of $23 billion. 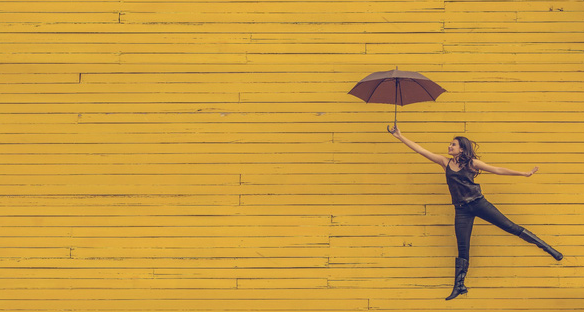 This is consistent with what researcher K. Anders Ericsson calls his theory of “deliberate practice” and the “10,000-hour rule” Malcolm Gladwell subsequently popularized. In his research, Ericsson argued that for someone to become an expert in their field, they need at least 10,000 hours of practice. In other words, before you quit your job or make your next career transition, take your time building the skills you’ll need to do that job well.

“Before you quit your job or make your next career transition, take your time building the skills you’ll need to do that job well.”

Yet these days — perhaps more than ever with the relentless rise of breakout tech startups and the ease of starting an online business — we’re still obsessed with the leap.

Why? Because that seems to be what we’re seeing all around us: We assume great careers happen because one extraordinary person makes a big bet that pays off. That’s not how it actually works most of the time.

“The slow-and-steady strategy might be more the norm than we realize.”

Dr. Robert Maurer, author of One Small Step Can Change Your Life, argues that we love the idea of the big change, even to our own detriment. But this isn’t the way most innovation happens. One reason why is that our brains are hardwired to reject big change. Here’s how he explains it in an interview:

The brain responds to big challenges by triggering the amygdala, the fear center in the brain. If the challenge is perceived as too great, if the person stumbles, the fear becomes crippling and the person gives up, often with despair or self-criticism. If the steps are small, the fear mechanism is quiet, and the brain develops new habits from the repetition of small steps.

Maurer advocates using kaizen, the Japanese process of continuous, gradual improvement. Instead of trying to lose weight, work out for one minute a day, then two, then three, and so on. Over time, something small can turn into something large and sustainable.

As Aristotle famously remarked, “We are what we repeatedly do. Excellence, then, is not an act, but a habit.” If you do something long enough — anything, really — it becomes habitual.

INSTEAD OF MAKING THE LEAP

So how can you put Maurer’s advice into practice?

First, start small — really small. Most people think that in order to start something great, they’ve got to go big. But that’s not true. Every day, people pursuing their dreams make this mistake. They shoot for the moon without taking the first step. And as a result, they fail.

Second, build the habit over time. Everything from yoga to auto mechanics takes practice. And the more you work at it, the more effortless it will become. Habits make everything easier and each of us better.

“Habits make everything easier and each of us better.”

Finally, keep in mind that as you build the skill, you increase demand for it. And eventually, what you have is not a precarious leap but a steady bridge that you’ve slowly, deliberately constructed over time. No, it probably won’t make for a good story for Hollywood. But it’s much more likely to last.