Leading is hard. In today's volatile world, the pressure to perform and execute has never been greater. Imposter syndrome can set in, causing leaders to question whether they have what it takes to lead.

For me, leadership is a little bit of science, but mostly art. The list of attributes leaders need to possess is long yet uniquely individual. Vision, communication style, empathy, self-awareness and listening ability blend with experiences, personality style and ego. These combinations make each leader's journey an individual one. And for every successful leader, dozens have failed. 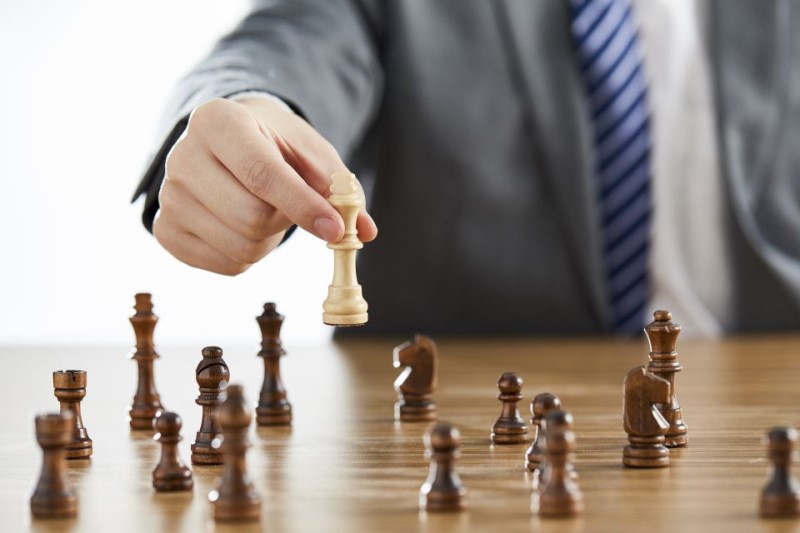 Imposter syndrome can set in, causing leaders to question whether they have what it takes to lead

Numerous studies dive into why leaders fail. The findings, like most, are complex. Shifting through the multitudes of failures is difficult, and it leaves one wondering, What is really going on?

Being in an executive position for fifteen years now, I have avoided catastrophic failure, but I have also witnessed quite a bit of it. I hired executives I believed would succeed, helping me take the company to the next level, only to watch them struggle, deny, blame and then flame out. Over the years, I have come to my own conclusions on why leaders fail and what we can do about it.

For a few years after graduating from college, I was lost. I had no idea what I wanted to do with my life. I was rudderless, making poor decisions, and looking for direction. One particularly hard day, I called a friend in tears, venting about my uninspiring job and the mess I was making of my life. At the end of my emotional outburst, he said, "You're right; your life is a mess. What are you going to do about it?"

"I don't have a clue!" I said. "I am clearly incapable of making good decisions. Just tell me what you think I should do, and I'll do it!"

"No," he responded. "It's not up to me to figure it out for you — that's your responsibility. What are you going to do about it?"

One of the essential tasks a leader must do is build a strong team. Without a high-performing team, a leader and the company will struggle. I often say that if you can't build a team, you can't be a successful leader. To build a strong team, a leader must first understand the culture. I have hired a few executives who gave lip service to my company's culture but didn't buy into it. They instantly lost credibility with their teams.

A leader must also provide a clear vision and strategy, then create goals that align every teammate to the execution of the plan. They must hire the right people and fire the right people, keep them on track, hold people accountable, develop them, understand them, set the ground rules and create team operating principles. Most leaders say they don't have time for these activities, but in my opinion, these efforts are the most important part of their jobs.

4. They disregard the details

Leaders are supposed to work on the business, not in the business, right? While this is somewhat true, executing strategy is key to running a successful business. If a leader stop caring about the details, things can fall apart. I learned this lesson the hard way when I stopped asking detailed questions during one of our most important product development efforts. One month before launch, I learned that we skipped crucial steps in our process, and the product wasn't ready. We halted the launch and backed up to complete the missing steps, which delayed the product introduction by six months and lost us hundreds of thousands of dollars in revenue. Paying attention to the details shows that you care about doing things right. It will drive strategic decisions and keep initiatives on track. Keeping an eye on details reduces the chance you’ll make mistakes that hurt your credibility.

5. They fail to communicate well

Leaders cannot over-communicate. People want to hear from their leaders, even if the truth is hard to hear. Leaders fail when they aren't transparent and when they don't share the "why". Leaders who fail to articulate the vision, set direction and repeatedly share the message will lose followership.

Again, I learned a hard lesson about not sharing the "why" when my company was planning to change the business model and go direct to its customers. The stakes were high, and we were moving fast. We didn't want anyone in the industry to get wind of what we were doing. So the executive management team holed up in a conference room, dubbed "The War Room," and mapped out our game plan. We decided to lock the door at night so no one could come in and see our whiteboards filled with ideas and decisions. We told our employees that this was top secret and we wouldn't be sharing the plan until we figured it out. This was a departure from how we usually do things, as we are usually an open book company that shares our financials and strategy with everyone. The lack of transparency scared people. They wondered what we were doing and began to question if we were making good decisions. It quickly brought about distrust in the process, and people felt left out and in the dark. In fact, in an employee survey a few months later, someone described feeling like a mushroom — left in the dark.

The damage took a while to undo. I asked people to go through heroics to execute the plan and the process disgruntled several people. I vowed never to operate that way again.

There is no doubt that leadership is a journey and a unique one at that. Leaders must develop their skills through experience, coaching and mentoring. They get better by being self-aware, honing their communication styles, balancing working on the business, paying attention to details and showing humility.