We're both in our seventies. So is Warren Buffett. The main difference between his spectacular results at Berkshire Hathaway and our good results is not the economy and not the market, but the man from Omaha. He is simply a better investor than just about any other in the world. Brilliant, consistently rational, and blessed with a superb mind for business, he has managed to avoid the mistakes that have crushed so many portfolios. Let's look at two examples.

In early 2000, Berkshire Hathaway's portfolio had underperformed funds that enjoyed spectacular returns by loading up on stocks of technology companies and Internet startups. Buffett avoided all tech stocks. He told his investors that he refused to invest in any company whose business he did not fully understand - and he didn't claim to understand the complicated, fast-changing technology business - or where he could not figure out how the business model would sustain a growing stream of earnings. Some said he was passé, a fuddy-duddy. Buffett had the last laugh when Internet-related stocks came crashing back to earth.

In 2005 and 2006, Buffett largely avoided the mortgage-backed securities and derivatives that found their way into many investment portfolios. Again, his view was that they were too complex and opaque. He called them "financial weapons of mass destruction." When they brought down many a financial institution (and ravaged our entire financial system), Berkshire Hathaway avoided the worst of the meltdown. 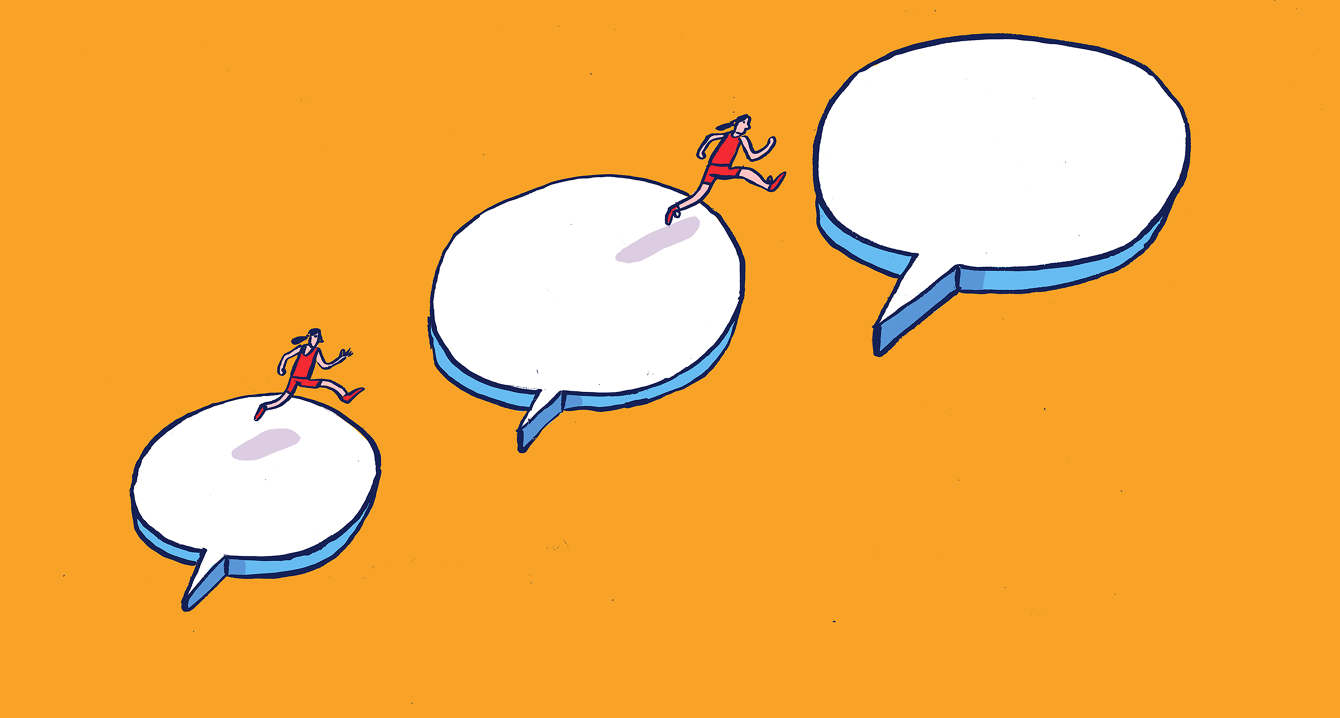 Avoiding mistakes - such as the mistake of incurring unnecessary risks - is one of the great secrets of investment success. Be alert to these common ones that can prevent you from realizing your goals.

At our two favorite universities, Yale and Princeton, psychologists are fond of giving students questionnaires asking how they compare with their classmates. For example, students are asked: "Are you a more skillful driver than your average classmate?" Invariably, the overwhelming majority answer that they are above-average drivers. Even when asked about their athletic ability, where one would think it more difficult to delude oneself, students generally say they're above average. They see themselves as above-average dancers, conservationists, friends, and so on.

And so it is with investing. In recent years, a group of behavioral psychologists and financial economists have created the important new field of behavioral finance. Their research shows that we are not always rational. We tend to be overconfident. If we do make a successful investment, we confuse luck with skill. It was easy in early 2000 to delude yourself that you were an investment genius when your Internet stock doubled and then doubled again.

To deal with the pernicious effects of overconfidence, think about amateur tennis. The player who steadily returns the ball, with no fancy shots, is usually the player who wins. And the prudent buy-and-hold investor who holds a diversified portfolio through thick and thin is the investor most likely to achieve his long-term goals.

People feel safety in numbers. Investors tend to get more and more optimistic, and unknowingly take greater and greater risks, during bull markets and periods of euphoria. That is why speculative bubbles feed on themselves.

But any investment that has become a widespread topic of conversation among friends or has been hyped by the media is very likely to be unsuccessful. Throughout history, some of the worst investment mistakes have been made by people who have been swept up in a speculative bubble. Whether with tulip bulbs in Holland during the 1630s, real estate in Japan during the 1980s, or Internet stocks in the United States during the late 1990s, following the herd - believing that "this time it's different" - has led people to make some of the worst investment mistakes.

Just as contagious euphoria leads investors to take greater and greater risks, the same self-destructive behavior leads many to sell at the market's bottom when pessimism is rampant. 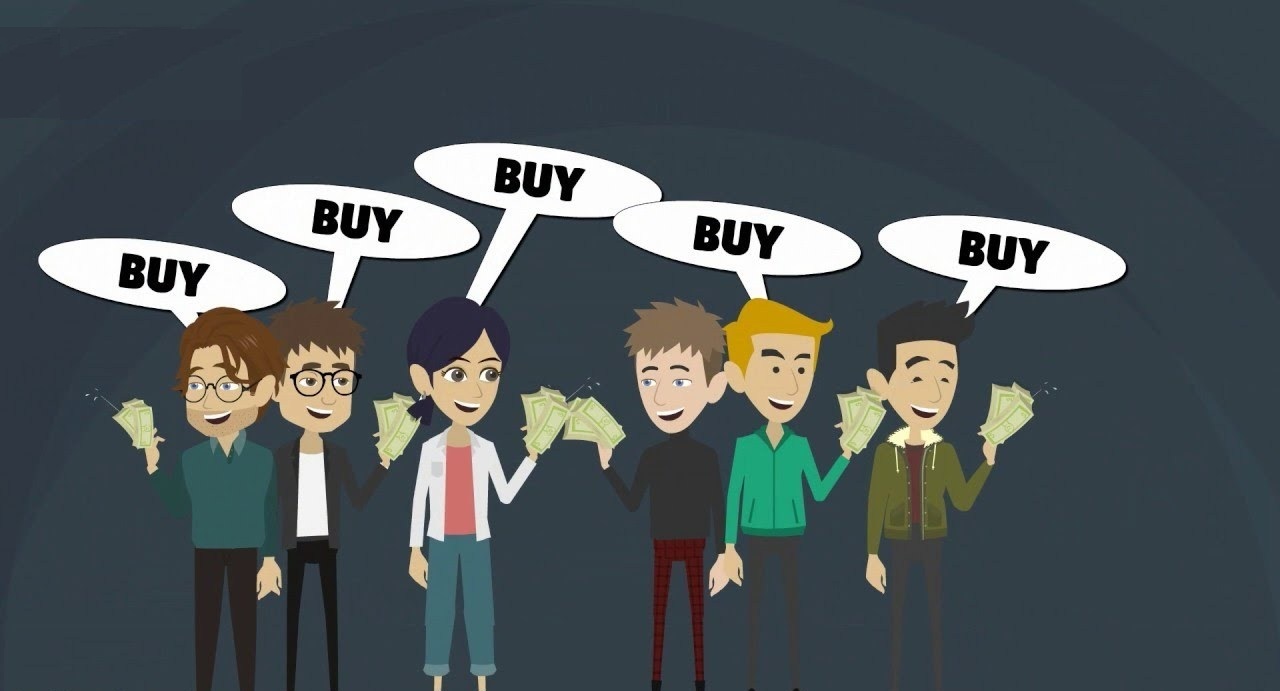 More money went into equity mutual funds during the fourth quarter of 1999 and the first quarter of 2000 - the top of the market - than ever before. Most of that money went to high-tech and Internet investments, the ones that turned out to be the most overpriced and then declined the most during the subsequent bear market. And more money went out of the market during the third quarter of 2002 than ever before, as mutual funds were redeemed or liquidated - just at the market trough. Later, during the punishing bear market of 2007-09, new record withdrawals were made by investors who threw in the towel at record lows just before the first, and often best, part of a market recovery.

It's not today's price or even next year's price that matters; it's the price you'll get when you sell. For most investors, that's in retirement - and even at age 60, chances are you will live another 25 years and your spouse may live several years more. So don't let the crowd trick you into either exuberance or distress. Remember the ancient counsel, "This too shall pass."

Does the timing penalty - the cost of second-guessing the market - make a big difference? You bet it does. The stock market as a whole has delivered an average rate of return of 9.6% over long periods of time.

But that return measures only what a buy-and-hold investor would earn by putting money in at the start of the period and keeping his money invested through thick and thin. The average investor's actual returns are at least two percentage points lower because the money tends to come in at or near the top and out at or near the bottom.

In addition to the timing penalty, there is also a selection penalty. When money poured into equity mutual funds in late 1999 and early 2000, most of it went to the riskier funds - those invested in high tech and Internet stocks. The staid "value" funds, which held stocks selling at low multiples of earnings and with high dividend yields, experienced large withdrawals. During the bear market that followed, these same value funds held up very well while the "growth" funds suffered large price declines. So the gap between overall market returns and an investor's actual returns is even larger than those two percentage points.

MISTAKE #4: ASSUMING MORE CONTROL THAN YOU HAVE

Psychologists have identified a tendency in people to think they have control over events even when they have none. That can lead investors to overvalue a losing stock in their portfolio. It also can lead them to imagine trends when none exist or believe they can spot a pattern in a stock chart and thus predict the future. In fact, the changes in stock prices are very close to a "random walk": There is no dependable way to predict the future movements of a stock's price from its past wanderings.

The same holds true for supposed seasonal patterns, even if they appear to have worked for decades. Once everyone knows there is a Santa Claus rally in the stock market between Christmas and New Year's Day, the "pattern" will evaporate. Investors will buy one day before Christmas and sell one day before the end of the year to profit from the supposed regularity. But then investors will have to jump the gun even earlier, buying two days before Christmas and selling two days before the end of the year. Soon all the buying will be done well before Christmas and the selling will take place right around Christmas. Any apparent stock market pattern that can be discovered will not last as long as there are people around who will try to exploit it.

MISTAKE #5: PAYING TOO MUCH IN FEES

There is one piece of investment advice that, if you follow it, can dependably increase your returns: Minimize your investment costs. We have spent two lifetimes thinking about which mutual fund managers will have the best performance year in and year out. Here's what we now know: It was and is hopeless.

That's because past performance is not a good predictor of future returns. What does predict investment performance are the fees charged by the investment manager. The higher the fees you pay for advice, the lower your return. As our friend Jack Bogle, founder of mutual fund company the Vanguard Group, likes to say, "You get what you don't pay for."

We looked at all equity mutual funds over a 15-year period and measured the rate of return produced for their investors, as well as all the costs charged and the implicit costs of portfolio turnover - the cost of buying and selling portfolio holdings. We then divided the funds into quartiles. The lowest-cost-quartile funds produced the best returns.

If you want to own a mutual fund with top-quartile performance, buy a fund with low costs. If we measure after-tax returns, recognizing that high-turnover funds tend to be tax-inefficient, our conclusion holds with even greater force.

The stockbroker's real job is not to make money for you but to make money from you. Brokers tend to be friendly for one major reason: It gets them more business. The typical broker "talks to" about 75 customers who collectively invest about $40 million. (Think for a moment about how many friends you have and how much time it takes you to develop each of those friendships.) Depending on the deal he has with his firm, your broker gets about 40% of the commissions you pay.

So if he wants a $100,000 income, he needs to gross $250,000 in commissions charged to customers. Now do the math. If he needs to make $200,000, he'll need to gross $500,000. That means he needs to take that money from you and each of his other customers. Your money goes from your pocket to his pocket. That's why being "friends" with a stockbroker can be so expensive. A broker has one priority: getting you to take action, any action.

We urge you not to engage in "gin rummy" behavior. Don't jump from stock to stock or from fund to fund as if you were selecting and discarding cards in a game. You'll run up your commission costs - and probably add to your tax bill as well.